Horticultural wonders to take your breath away

The Cellars-Hohenort is located on nine acres of beautifully maintained land in the
Constantia Valley of Cape Town.

Our award-winning gardens are every horticulturist’s dream – they contain myriad delights for our guests, from our Rose Garden and Herb, Vegetable and Citrus Tree Gardens, to the Picnic Garden and Hohenort Lawns. 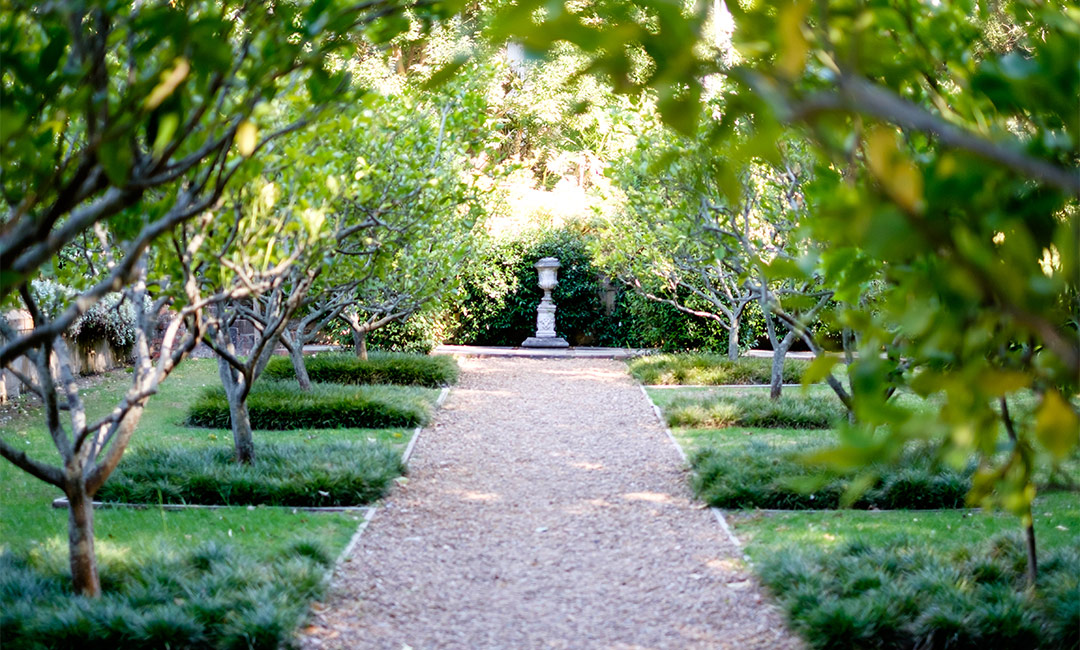 The grounds also feature an award-winning structured garden with a beautiful water feature, and several ponds. We are very proud to have been awarded the Relais & Châteaux Garden Award in 2010, and the Aliverti Floating Trophy at the Cape Town Flower Show in 2005, for our gardens’ exceptional appearance.

They are testament to our property’s long history, with trees in the surrounding forest dating back 300 years – when Cellars-Hohenort was still known as Klaasenbosch Farm.

The more recent Rose Garden meanwhile formed part of Liz McGrath’s 20-year vision for the hotel. Currently there are more than 2 500 roses in the garden, including the Liz McGrath Rose, which was hybridised in 2003 to commemorate Mrs McGrath’s 80th birthday, and the Relais & Châteaux Rose, named to celebrate the 60th anniversary of the collective in 2013. The rose beds are carefully maintained and require about six tons of compost each year.

Over the years The Cellars-Hohenort gardens were transformed into one of South Africa’s most beautiful gardens under the curation of Liz McGrath and with the caring hand of co-creator Jean Almon. Jean has not only helped to create the artwork that is the gardens of this Constantia retreat, but has also taken garden lover after garden lover to explore its corners – those blooming in bougainvillea, agapanthus, plectranthus, hydrangeas, clivia, camphor trees and daffodils.

» read more about our history and Liz McGrath

The gardens slope up Table Mountain and are spectacular throughout the year, with different blooms revealing themselves across the seasons. The various sections of the gardens display some of Constantia’s most beautiful indigenous flora, and guests are encouraged to spend time experiencing an all-encompassing affair with the breathtaking surrounds of The Cellars-Hohenort. Different seasons reveal the beauty of each garden; from the vibrant greens of the rainy winter season to the colourful blooms in spring, there is always something to admire. 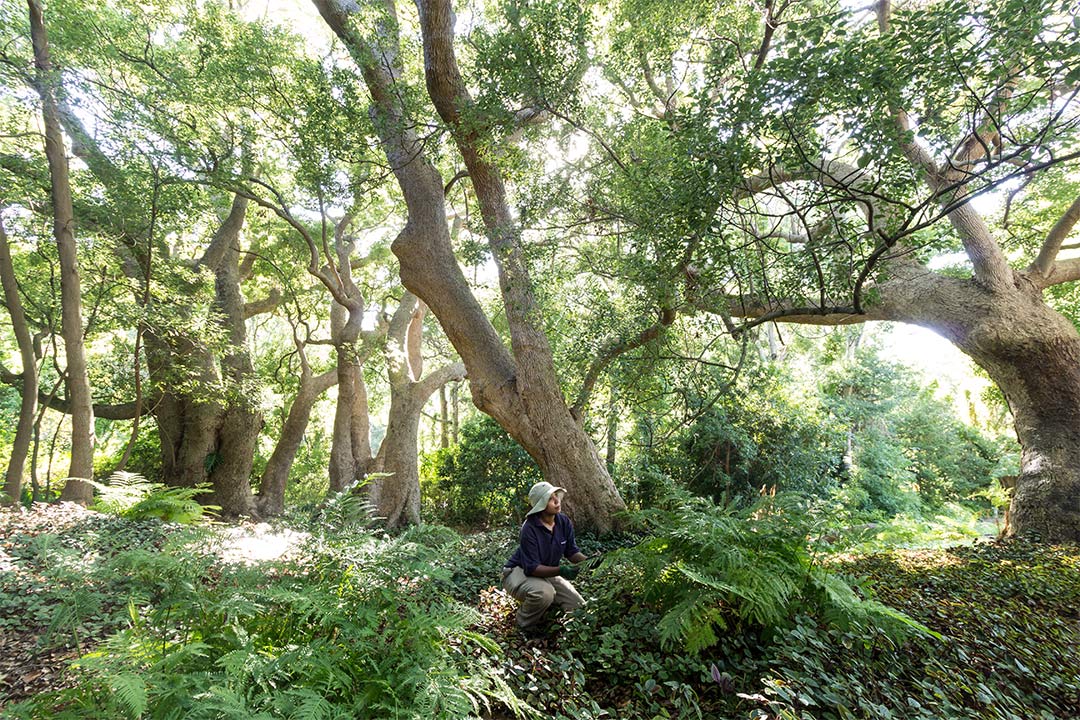 Our gardens are immaculately maintained by our Head Gardner Leigh-Ann van Wyk and her team. Leigh-Ann, who has a National Diploma in Landscape Technology, worked at the Century City Property Owners Association as a Garden Supervisor before joining us at The Cellars-Hohenort. One of her favourite experiences is to breathe in the fresh, epicurean smells of the Herb Garden, while watching the chefs of The Conservatory and Greenhouse ‘invade’ the gardens to pick fresh ingredients for the day’s menu.

Other eco-zones within the gardens include the hot garden, the rustic garden and the 950 vines on site. Watered by Mother Nature, these vines produce approximately 500 bottles of our dessert wine, Vin de Hohenort, each year.

Guests may also delight in spotting the varied fauna of the gardens, such as our resident porcupine and duck family.
The three Cape Dwarf Chameleon colonies feel rather at home at the tennis court area, while cheeky squirrels can be seen whizzing up ancient camphor trees. Bird watchers are likely to catch glimpses of Cinnamon Dove, Cape White-eye, Lemon Dove, African Paradise-Flycatcher, Forest Canary, and many other bird species.

Tours through the gardens can be arranged for both guests and visitors.